The new Windows is here, discover all of its new features! 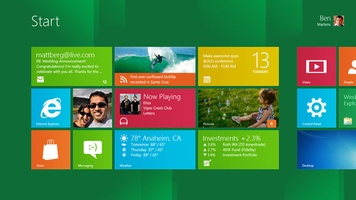 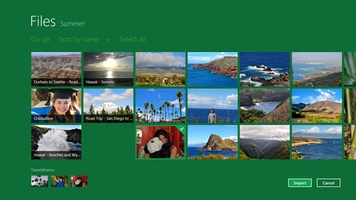 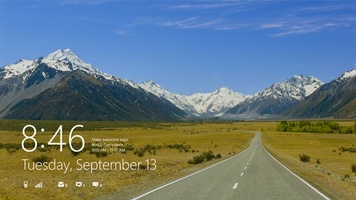 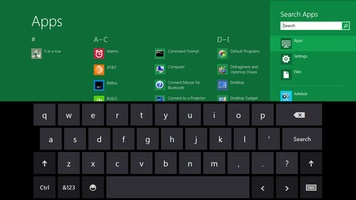 Advertisement
The evolution of the Windows Operating system has been slow but correct! All but Windows ME or Windows Vista, have been versions of Windows have been truly functional and have been great additions to the previous versions, with great security and hardware added on to the existing software.

Windows 8 has come to revolutionize the world of Windows and adapt to the new necessities needed today in age.

The main change that you will see is its new Metro interface, similar to the one on Windows Phone, and the one which Microsoft wants to use for new devices like tablets.

The new interface of Windows is totally interactive, and converts every application to widgets, with which we will be able to directly interact with them without having to open the corresponding program.

The inclusion of this interface does not mean that Windows 8 will not be used like Windows 7, Vista, XP, ect. The classic Windows desktop will be available like another application. Now it will be a state from which to run more complex applications or prepared for previous versions of Windows.

Another interesting thing from this version of Windows 8 is the compatibility that it has with online accounts. To begin a session on Windows you will be able to use your Windows Live account. On top of that, other services like Skype and Facebook will be available to use as applications like Windows Photos and Windows People.

The new Windows Applications will execute in a new screen, although there are ways to make the screen formatted so you can have more than one application running on one screen dividing the screen into smaller spaces.

Also these applications will be connected to each other using the API system. So some functions like the share feature and searching can be used globally.

The new applications can be installed from the new Windows Store, a similar to the Mac App Store, Ubuntu Software Center and the Android Market.

Another different change that is very attractive to Windows 8 is the low resource consumption. This makes the program more compatible with even more devices (if available). Also, the start up of this program has had a great change in speed, making it start up almost instantly.

So Windows 8 is the logical evolution of the program and the groundbreaking software that we have been waiting for!
Reviewed by Álvaro Toledo
Advertisement

What it's product key

Hello everyone, please I just downloaded the wimdow8 file and it asked for a product key. Please someone should kindly help me

bro my is carrying the deis of yesterday and not low, queeeeeeeeeeee rage bro

Why it doesn't read my internet connection?